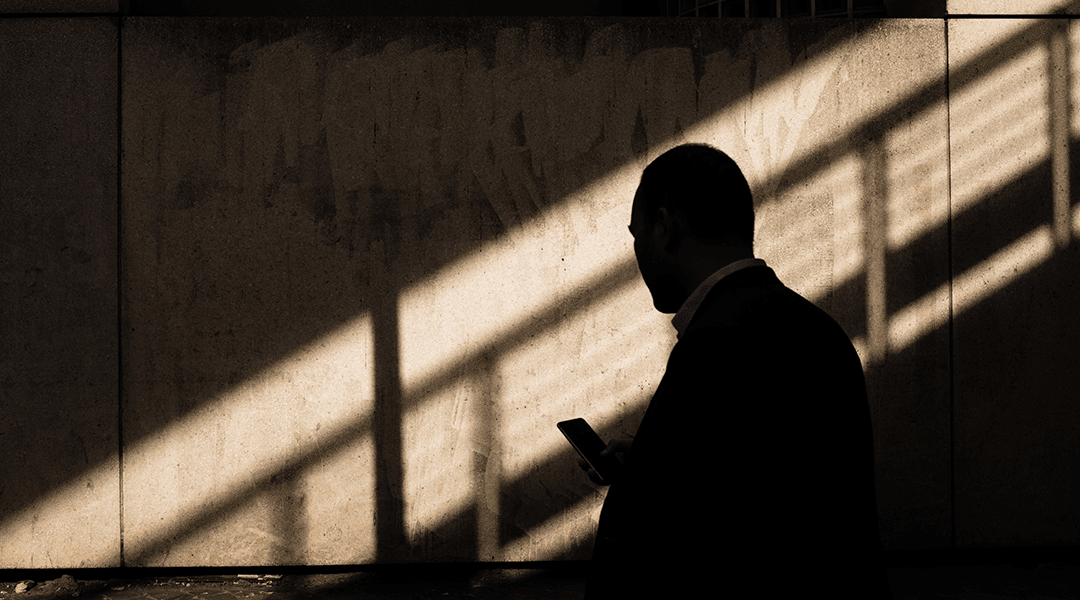 One day a local pastor mentioned to me, “There’s a brother here who engages guests so well on Sundays. I didn’t ask him to do this; he just naturally does. He lost his job last week, which I’m glad about because he had to work a lot of overtime and often couldn’t come on Sundays. He’ll find another job. But, I wonder, could you get him involved in following up people who are seeking the Lord and have contacted outreach media?”

This brother was new in faith, from a Muslim background. He had little education and no tech skills. But he had a deep heart for the lost. I was able to involve him in a media outreach ministry.  For a year he was on call 24/7, answering a vast number of phone calls from seekers at any hour of the day or night. Over weeks and months many of the seekers called again and again to learn more from him about the Gospel.

“I’ll hitchhike if I have to!”

Finally he said to me, “If I don’t visit some of these people, I’ll bust!” One was 500 miles away. No one closer? “The Holy Spirit says this is His person of peace. Find the money. I’ll hitchhike if I have to!” He made that first visit a decade ago. From it a growing fellowship developed, impacting an entire unreached Muslim province.

Our brother was not quick to understand the Scriptures. At times trying to teach him was like pulling teeth. But when at last something dawned on him, he applied it faithfully. His strongest gift was his absolute conviction that if God had won him, anyone in his entire Muslim country was a potential believer.

“Every walk of life – all embracing the Gospel.”

Most of the people in his church knew little about his follow up of media contacts. One day at the end of the Sunday service someone said to him, “Hey, show us some of your photos from your trip!”  When he showed the photos and told about his visits, the congregation was blown away. They had never heard such stories. Farmers, villagers, fishermen, construction workers, businessmen, students, men, women – every walk of life – all embracing the Gospel.

Fast forward. Today our brother has visited contacts in almost every province of his country. He has trained dozens, who have trained dozens more. In 2020 alone he and his partners have seen over 50 new Zoom meetings start.

Is our brother’s life easy? Sometimes callers curse or threaten him. In the past two years he has been treated for both heart disease and cancer in his liver and colon. He has slowed a bit, but not much. (He claims he has a temporary assignment of witnessing to medical personnel.) BTW, his heart disease was recently healed miraculously, and he is expecting soon to see cancer defeated in his body. He witnesses everywhere he goes. He answers phone calls from new contacts even while receiving chemo treatments. He is ready to help anyone he can whenever.

Two things our brother has pioneered:

He always wants to help out. He is the kind who will pay someone else’s electric bill with the money he has to pay his own. So this second approach was hard for him to learn. Our brother definitely is not the strategist type at all. Yet the Lord has used him to challenge others and promote these two principles among believers in his land.

Before leaving this page please pray for our brother to be healed totally from cancer. He is married, has one child and one grandchild. He started out as a loner type and today is loved by thousands to whom he has been a blessing.

*Country and team member names were redacted from this post due to security concerns.